Women of the Year

Our favourite on screen performances by a female lead

Often women are boxed and bombarded with imagery that portrays female leads as soft, wilting flowers, pushovers and as far as doormats. This list aims to celebrate five iconic female led television shows that have gone against what society has to say, and have cast powerful female leads.

Sindi Dlathu on The River

The River is set in Pretoria and follows the lives of the Dlamini’s and the Mokoena’s, two families from different backgrounds that are brought together and divided by the discovery of a diamond in the Cullinan, just a stone’s throw away from Pretoria. Sindi Dlathu displayed her phenomenal acting skills by shaking things up and showing that she can kill for those she loves. The series airs on 1Magic at 8pm every day.

Jennifer Lopez on Shades of Blue

Shades of Blue is an American crime drama television series created by Adi Hasak that aired on NBC. The series is set in New York City and stars Jennifer Lopez as Harlee Santos, a single-mother NYPD detective who is forced to work for the FBI's anti-corruption task force, while dealing with her own financial and family problems.

Empire is an American musical drama television series created by Lee Daniels and Danny Strong for Fox. The show is set in New York. The series centres around hip hop music and entertainment company Empire Entertainment, and the drama among the members of the founders' family as they fight for control of it. The show garnered praise for Taraji P. Henson's portrayal of Cookie Lyon. Her character has continued to be a success as she deals with family dynamics and all the different struggles that a woman faces every day.

Tracee Ellis Ross was cast in the ABC comedy series, Black-ish, opposite Anthony Anderson. She plays the female lead role of Dr. Rainbow Johnson. The series debuted with generally positive reviews from critics. Ross received three NAACP Image Awards and received nominations for two Critics' Choice Television Awards, three Primetime Emmy Awards and two Screen Actors Guild Awards for her performance in the series.  In she was nominated for Outstanding Lead Actress in a Comedy Series and was the first for an African-American woman in that category in 30 years.

Vatiswa Ndara is back on Mzansi screens again. We last saw on her on Igazi, a dark mysterious drama set in the rural town of Coffee Bay where she played the cruel wife of the deceased chief The SAFTA winner brings Nomonde’s role to life. 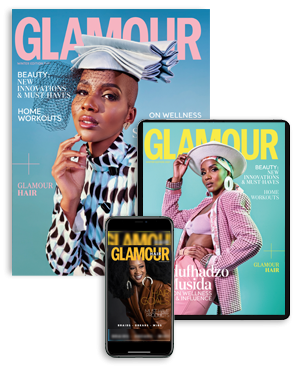